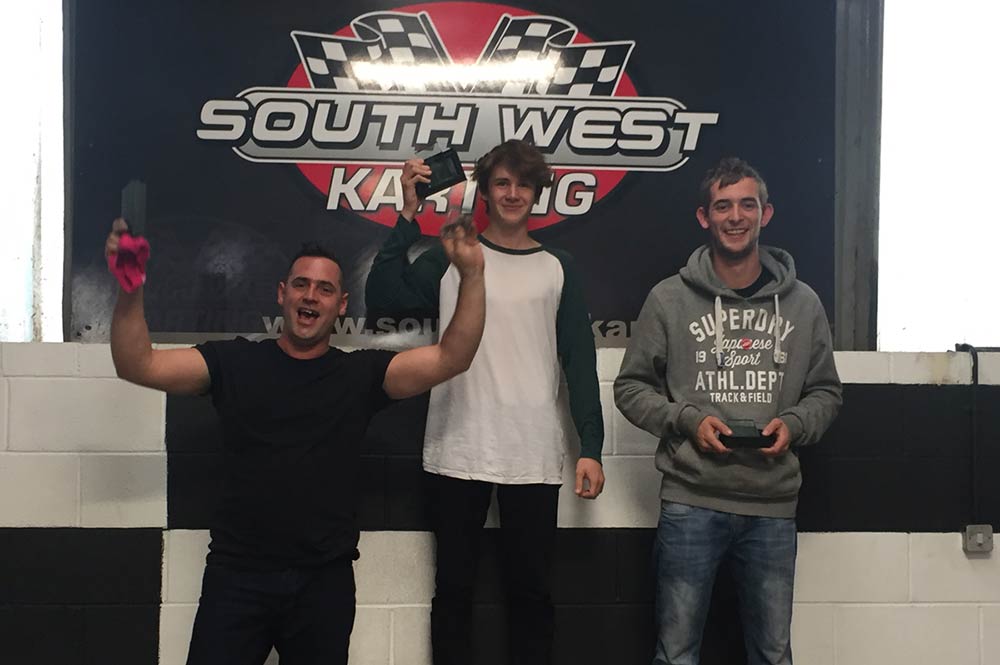 What started off with a bit of friendly rivalry soon progressed into a serious competition with TD Construction determined to regain the crown following a win from Leigh of Travis Perkins at the first Grand Prix. Racing as an independent we had John Clemson, a long term client of both TD and TP, who was also keen to make his mark.

The qualifying races provided plenty of drama with some huge crashes from both sides and warnings from the marshals for misbehaviour on track. Everyone came through unscathed and qualified for the quarter finals – aside from Dan and Elliot who were both penalised for speeding into the pit lane.

The semi-finals weeded out the wheat from the chaff and ready to fight for glory in the final was Justin, Elliot, Leigh, Joe and Luke. Despite his earlier penalty points Elliot came through for TD Construction to secure the win to a mixed chorus of cheering and jeering. Second place went to Luke and completing the Podium line-up was Justin Ely in third place.

Want to find out more? Get in touch